how the big dogs do apparel contracts 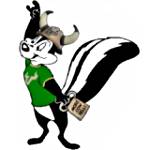