Just to remind you that there are other sports besides football (whaaaa???) 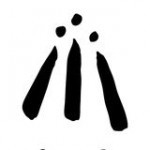