A ghost on the 4th floor of the USF Library 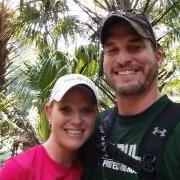