ESPN: If you want a playoff system, root for South Florida 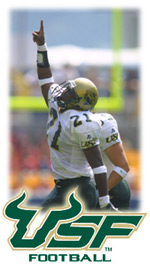