10 Most Interesting Stats From Week 12 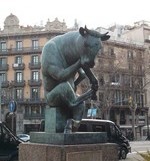